Other than love, I think creativity is the most sublime natural state. When I allow myself to surrender to it, what follows is a blizzard of unbidden ideas tumbling down. I don’t understand how this happens. What I do know is that it involves the same ‘falling’ as love does and requires the same openness and trust. It is seldom easy, often frustrating, requires stamina, and is risky, but, oh my, the rewards.

Woodleigh Hubbard was born in Sharon, Connecticut, to an artist/space-philosopher father and a visionary mother. One of five children, she grew up surrounded by wild natural beauty in a town who’s claim to fame was a rumored Abominable Snowman sighting. Needing more stimulation than this, Hubbard’s career as an artist began.

Every one of her creative instructors, except for Tim Girvin, www.girvin.com (The Evergreen State College, 1975) echoed the same refrain, “You have no talent. Give up.” This was like waving a red flag in front of a bull. Twenty published author-illustrated children’s books later, with one novel for adults in the works and another two children’s books in the brain pan, Woodleigh lives on an Island in the Pacific Northwest with her Siberian Russian husband.

Woodleigh's works have been translated into several languages, including French, Japanese, and Korean. 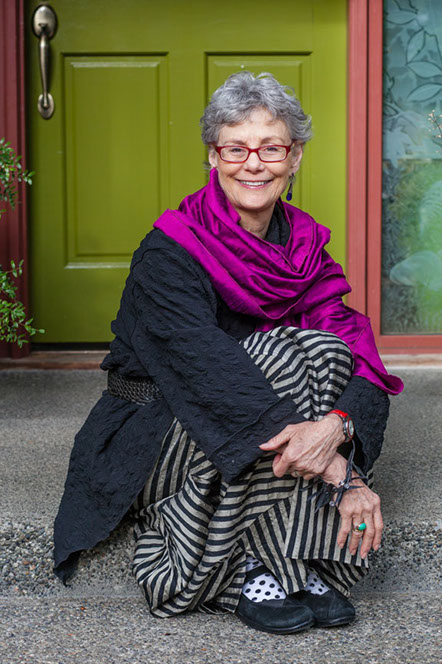 Imagine...if you had a cat, a spider, a dog, a centipede, a snail, and a giraffe. What would you do?

Your friend's stuff always seems just a little bit better than yours. What's that twinge you feel? That's jealousy, trying to barge into your friendship.

A walk through here is a rappin', tappin', finger snappin' celebration of the seasons.

All That You Are

Everyone and everything changes. Something small becomes part of something big. Once upon a time you were one way, but you can bet that you'll be different when you're just a little bit older.

Brimming with visual puns, every page in this exuberant book is filled with wild and wacky characters joyously celebrating the season.

You are the greatest gift to those who love you - and watching you blossom is a joy to behold.

A friend is the one you call first news of any importance... A friend will tell you the truth when you need it most... Friends make each other laugh.

Ellen Jackson's sparkling retelling of this Navaho creation and evolution myth speaks to eternal questions as well as contemporary concerns about ecology.

A four-footed furry creature takes a walk around the world, and what does he see?

C is for Curious

A rhythmic text and brilliant illustrations bring alive
a magical world where cool cats dig hot jazz and where, if you try hard enough, no dream is out of reach.

Raging Dragons, leaping cows, and baseball-playing dogs all come together in this zany collection that explores a host of feelings.

Clip, write down, or paste your favorite recipes into this cheerful recipe journal featuring zany illustrations and wacky puns!.

Woodleigh's original artwork such as these samples and more is available for purchase. If interested, please contact Woodleigh directly. 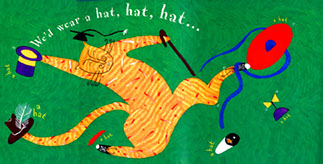 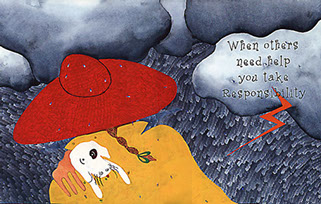 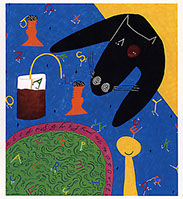 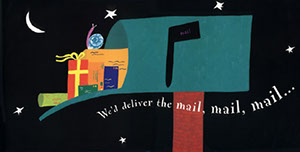 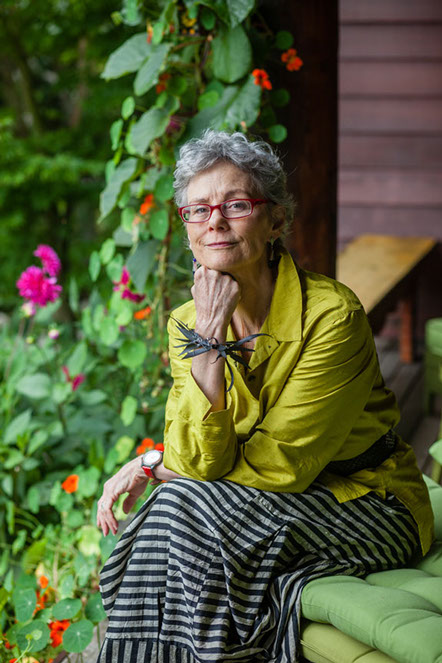 I’ve been working on my first novel going on 61,360 hours and counting. I thought after being in children’s books for roughly 157,785 hours, that a change might be a ‘nice’ idea. Piffle! A ‘nice’ idea is a mint chocolate chip ice cream with extra, extra fudge sauce.

My darling husband told me that I used to be fun... before I started writing. On another occasion he wondered aloud, “Woodleigh, do you think I’ll still have teeth in my head by the time you’ve finished ‘that thing?’”

It doesn’t take an astrologer to tell me that Uranus might be going retrograde in my house of marriage in the near future unless I hop to and get er' done.  Wish me luck and I’ll keep you posted. 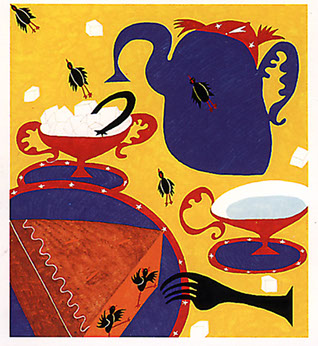 The International Center of Children’s Literature for the Best Graphic Design of a Book with a Foreign Origination.

a handful of reviews 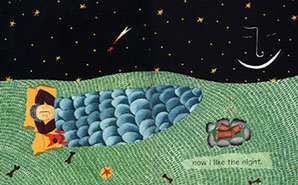 Picture Book: “shows a modernist spirit that relates to the surreal landscapes of Miro.”

Kirkus, starred review:  “what is singular about Hubbard’s style is the idiosyncratic shapes…will surely enrapture readers…”

Norman Cousins: “ a joyous explosion in the mind. It surges with creative imagination and it is a privilege just to hold it in my hand.”

Woodleigh's original artwork is available for purchase. If interested, please contact Woodleigh directly. She would love to chat with you!